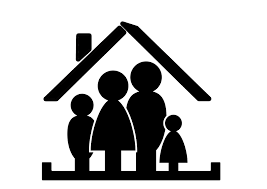 Prince Harry married Megan Markle, 12 members of a junior soccer team were rescued from an underwater cave in Thailand, Apple Corporation became the first trillion dollar company in the United States, and once again…

According to Zillow.com, the United States median home price increased 7.5% during 2018 and Midwest home values increased by 4.65%. At the beginning of 2018 a more modest increase of 3-4% in the Midwest had been predicted, so the midwest market actually exceeded expectations.

Here is a look at a few of the leading economic indicators which may affect your home’s value in 2019:

The U.S. unemployment rate began 2018 at 4.1% and ended the year at 4% with dips down to 3.7%. It’s important to note that end of year numbers included unemployment caused by the partial government shutdown. For perspective, the average unemployment rate from 1948 until 2019 was 5.76% with an average yearly home value increase of 5.4% from 1968 to 2009 (National Association of Realtors). The current unemployment rate should cause home values to continue to increase.

New housing starts leveled off in November of 2018 at 1.3 million, although still significantly higher than the low for the year of 1.2 million in June. This news is neutral for housing values.

Which way for housing values in 2019?

For the third straight year, signs are pointing upward for US housing values, with most forecasts projecting 4% growth in housing prices nationwide in 2019. Deducting 1.5 to 2% for Midwest values, our local Midwest area should see an increase of at least 2% in 2019. If your home begins the year valued at $300,000 it would be reasonable to expect or at least hope for an end of the year value of $306,000. Here’s hoping we exceed expectations once again in 2019!

Want to join the discussion?
Feel free to contribute!

More Things You Should Know…

Search This Site For…